We recently had the opportunity to chat to Annie Evans, Leiths-trained chef and course tutor at the school in London. Annie is also the Mentor on the Mastering Sauces: Hollandaise workshop where she explores making Hollandaise from start to finish, guiding you through a range of techniques perfect for making some show-stopping dishes, including eggs benedict and steak with Béarnaise sauce.

It was great to hear a little bit more about how Annie started her journey in cooking from a young age at home, how she developed her career, where she gets her culinary inspiration from, as well as what she thinks about Leiths making the move to digital. 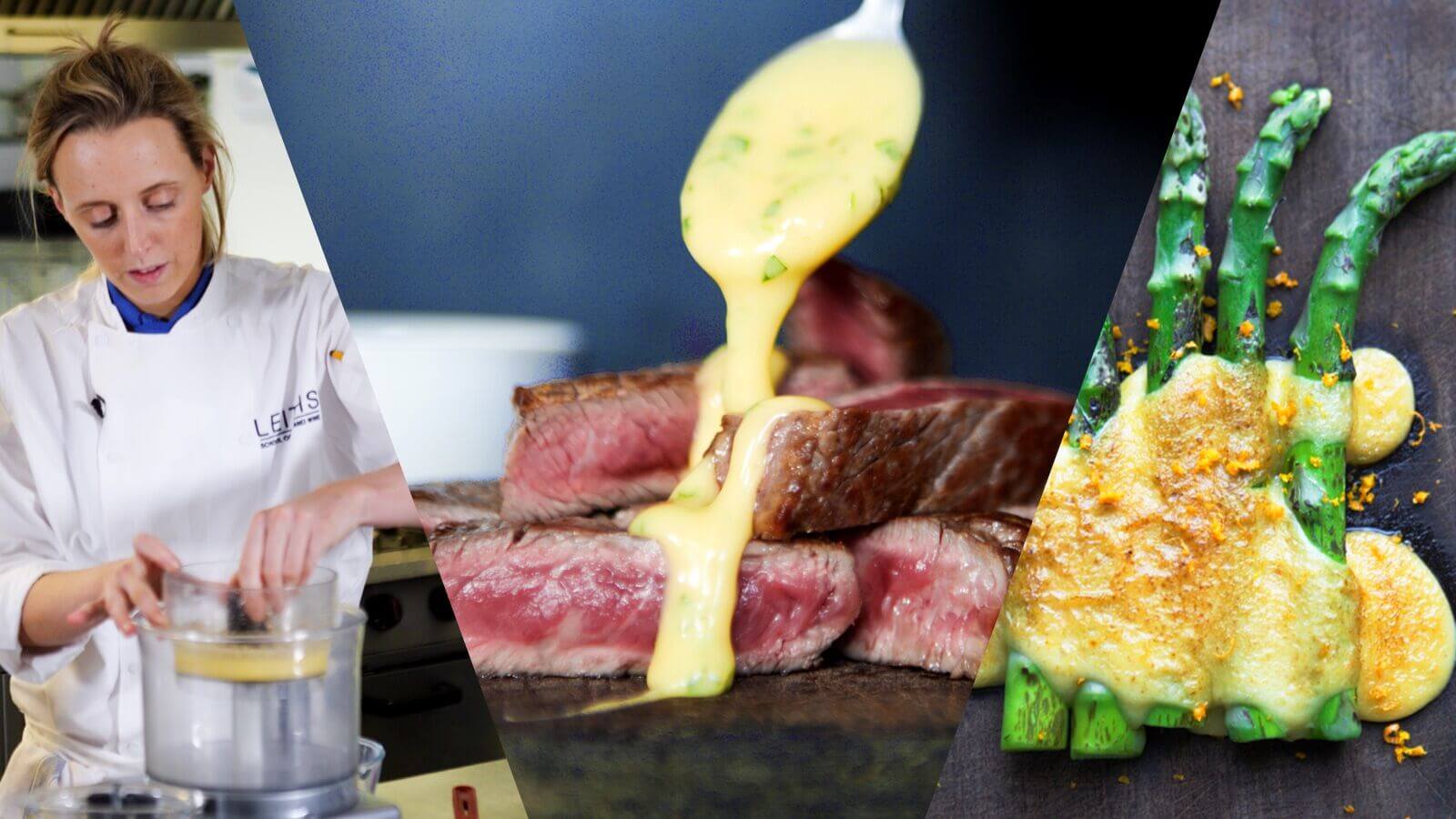 How did you start your cooking journey?

AE: I wish I had a really exciting food heritage but I actually grew up on casseroles and dumplings. To be fair, my mum is a great baker and I think like most children I made lots of cakes when I was little so we were always very involved in the kitchen. As a teenager I was often left to my own devices in the kitchen and came up with some obscure recipes and took pictures of everything I made so maybe it started then!

It wasn’t until I was in my early twenties that I realised that cooking could become my career. There wasn’t a defining moment per say but I realised that to move forward I wanted to be trained so left my job in publishing and came to Leiths where I completed the Leiths Diploma in 2010.

What was your very first cooking job?

AE: My first cooking job was as a private chef in France – learning a lot as I went and making my fair share of mistakes along the way! Looking back this was an absolutely invaluable experience, giving me real confidence in my own ability and not being afraid to take chances in my cooking.

How long have you been at Leiths and what is your role at the school?

AE: I’ve been at Leiths for four years now and am one of the class tutors, working across Leiths’ professional and enthusiast courses.

What made you want to work at Leiths?

AE: Having trained here I knew the environment and teaching style very well, and was drawn to that. I wanted to be part of a team that was encouraging and motivating whilst teaching students who wanted to ultimately go into the industry as professional chefs.

Who are you most inspired by in cooking?

AE: Such a hard question! Ottolenghi would be my default. I remember first going to one of his shops when I was still at uni (not realising they charged by weight!) and was totally mesmerised that food could be so vibrant, veg heavy and full of amazing flavours. I was hooked!

Can you tell us some of the highlights of your culinary career so far?

AE: After I finished my training at Leiths I went and did a three month stagier at The Fat Duck spending most of my time in the development kitchen. I had never done anything so conceptual before in cooking, and was totally out of my comfort zone – I learnt a huge amount during my time there.

I ran a catering company with a friend for a few years before coming back to Leiths and that was a brilliant time, learning as we went and building a successful business at the same time.  I suppose without sounding like a massive cliché, being back at Leiths is a huge highlight as well – like coming full circle!

What do you think about Leiths going digital?

AE: I think it’s great. Anything that makes learning cooking more accessible and less daunting is a huge positive. Workshop is incredibly easy to use and the structure of the workshops reflects that of our in-house teaching style. People from around the world will be able to get a taste of what it’s like to learn at Leiths but in the comfort of their own homes!

Why do you think learning how to make Hollandaise sauce is a key skill for aspiring chefs?

AE: I think sauce making is a hugely important skill and form the foundations of any kitchen.  As with most things, once you fully understand the technicality, everything else becomes clearer and easier to grasp.

You can get the Leiths Mastering Sauces: Hollandaise workshop led by Annie, for £9.99 on iOS and Android. Learn how to make this classic French mother sauce at home, and let us know how you get on.